How Atchison Street Got Its Name

Today we’re continuing with a short series about street names in the historic Southside.

Brothers Nelson and Oscar Burch moved to Jefferson City shortly after the Civil War. Oscar had fought proudly in the Union Army for years and had been imprisoned by the Confederates for months. He likely had no love for the Confederates. The brothers bought land and built their homes in the late 1860s on the southwest corner of Jefferson and Atchison Streets on the south side of Munichburg. 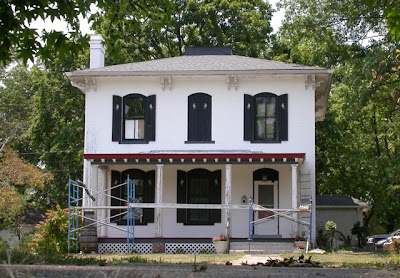 And below is the Oscar and Mary Burch house (924 Jefferson) (photo taken June 30, 2012). Click to see the National Register of Historic Places paperwork. Click to read an article about the house’s history and improvements made by its current owners. 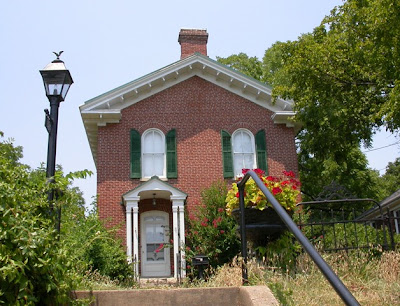 Did the Burches—who were Yankees from New York—know that Atchison Street, where they built their fine homes, was named in honor of a devoted pro-slavery Missourian who tried his best to lead Missouri into the Confederacy, the very enemy that they had just fought against so long and hard?

Possibly not. Although the street was named Atchison before the Civil War, names of streets and house numbers were not commonly used in the residential sections of town in the middle of the nineteenth century. Atchison Street was the southern limit of the platted city. The Burch houses were built on an outlot, outside the city. They were like country estates overlooking the rest of the small town. 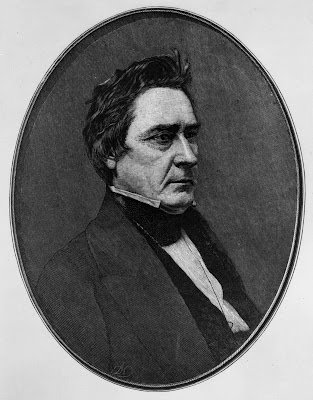 So who was this famous Confederate Missourian named Atchison? Why was a slave-owning secessionist honored with a street name in Munichburg, settled by pro-Union German immigrants?

David Rice Atchison was born in Kentucky in 1807 and graduated from Transylvania University in 1825 at the early age of eighteen. One of his close friends and classmates was Jefferson Davis, who later became the president of the Confederates States of America.

Atchison moved to western Missouri in 1830 and acquired slaves. He was elected to the Missouri General Assembly in 1834 and served in the U.S. Senate from 1843 to 1855, for many of those years Senate pro tempore. He supposedly was the U.S. president for one day, March 4, 1849, when president-elect Zachary Taylor refused to take the oath because it was a Sunday.

As the national debate over slavery intensified, Atchison took the pro-slavery side. He fought hard for extension of slavery into neighboring Kansas and Nebraska as they approached statehood. He personally conducted a raid by pro-slavery men called the Border Ruffians into Lawrence, Kansas, where they pillaged the town. This act led abolitionist John Brown to begin his legendary retaliation of violence.

When the Civil War broke out, Atchison joined with the sitting Missouri governor, Claiborne Fox Jackson, a secessionist. He continued to work with Jackson and Missouri general Sterling Price in their fight against the Union.

Atchison’s longstanding friendship with Confederate president Jefferson Davis since boyhood days in Kentucky helped Missouri to be acknowledged by the Confederate States of America as its twelfth state by a star in its flag.

As the war dragged on and the Confederacy’s cause faded, Atchison sought haven in Texas until 1867, when he returned to northwestern Missouri. Politically discredited, the bachelor turned to a quiet life of farming in Clinton County, but now without slaves. He died in 1886. There’s a statue of Atchison at the Clinton County Courthouse in Plattsburg, Missouri.

Atchison Street in Jefferson City was given its name well before the Civil War, certainly by the 1840s, when Atchison was second in leadership in the U.S. Senate. At that time, the Southern-dominated leadership of Missouri and Jefferson City would have been proud of him. His later notoriety as leader of the Southern, pro-slavery cause in Missouri would have been dismissed after the war as no cause for changing the street name.

Still, one wonders whether the fiercely Unionist Burch brothers—or, for that matter, any of the German immigrants who later moved onto Atchison Street and were pro-Union—could be very happy to live on a street named for such an ardent advocate of slavery. 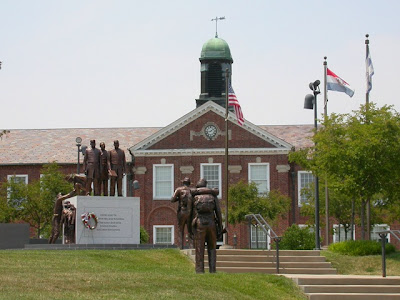 Lincoln University, the historically black university founded by black Union veterans of the Civil War, also lies along East Atchison Street. How paradoxical this is!

Incidentally, David Rice Atchison, slavery advocate and defender, was honored in 1991 with a bronze bust in the Hall of Famous Missourians in the Missouri State Capitol. 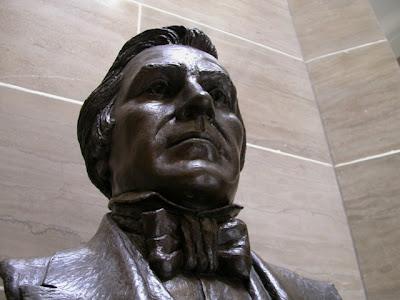 Bonus info: David Rice Atchison helped found Atchison, Kansas, across the Missouri River from Missouri, which still bears the name of its pro-slavery, pro-secession founder. The city was originally intended as a pro-slavery enclave, in hopes that Kansas would not develop into the strongly abolitionist, pro-Union state that it did! The city had become anti-slavery by 1859, before the Civil War broke out.