Nits and Lice and Cooties 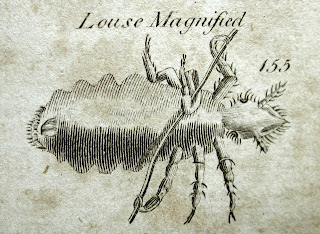 My father was a barber, so I learned about head lice very early. Here’s how it happened.

While my family sat at the supper table eating, we always talked about what happened during the day. One evening while eating, Dad related that while he was cutting a man’s hair that day, he discovered lice on his scalp. Dad, holding his fork in his hand, pointed to the back of his head to show exactly where.

Mom interrupted, “Oh, Walter! Not at the table while we’re eating!”

For the benefit of his young sons, Dad continued to describe how tiny the lice were and how they laid eggs, called nits, on hairs close to the scalp.

Following his training at barber college (and state law), Dad had to immediately stop cutting the hair of anyone with lice and ask the customer to leave the shop. He had to disinfect in formaldehyde his electric shears, cutting shears (scissors), comb, and anything else that had been touched. 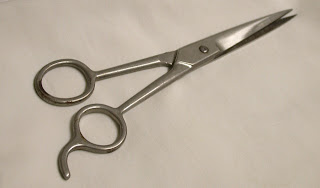 He took the customer’s hair cloth, carefully folded it inward, and put it in a sack in his closet. While he did this, the next customer waited patiently on the bench and wondered if the disinfecting really worked. Nits and lice, as everyone knows, can be easily spread. 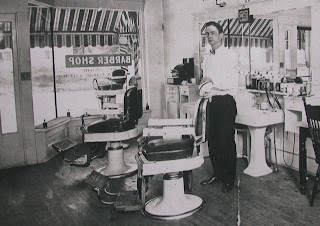 My own head suddenly seemed itchy, and I scratched it.

About that same time, Cole County Nurse Hetty Joach (pronounced Jo-ack) made her annual visit to Broadway School, where I was an eight-year-old in Miss Ruth Longan’s third grade. We pupils went singly into the cloakroom and sat on a stool while Nurse Joach looked at our teeth, throat, and a lot of other things and, of course, took a comb to examine our scalps for head lice. 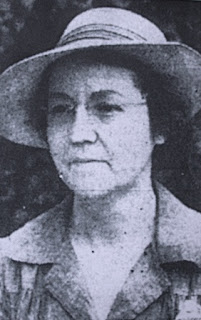 I don’t remember if she found any in our class that year, but if she did, it was revealed privately to the pupil, the teacher, and parents. Nurse Joach told us all about head lice and reminded us to wash our hair often, which some kids didn’t do in those days. But my Mom and Dad made sure my head got washed more than I wanted.

We kids found out that cooties was another word for lice. It was common to tease someone, especially girls, by saying, “You’ve got cooties!” Teachers and parents frowned on this, because they knew it could be hurtful. People believed that contracting head lice was a sign of dirty, shameful housekeeping, and families were embarrassed when it happened.


Then one evening Mom’s bridge club met at our house. 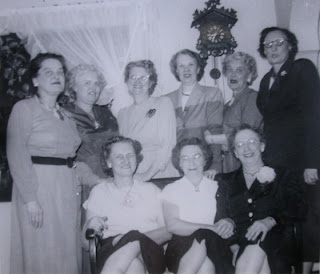 I was allowed to stay up for a while and watch the “girls” play several hands. At one point, I heard one of them exclaim, “Oh, all I had in my hand was nits and lice!”--meaning that she held low cards, but I didn’t know that. I puzzled why anyone would be holding lice and their eggs in their hands.

I wanted to look, because I had never seen a louse, dead or alive, but I didn’t. Soon after, I went to bed and started imagining my head itching.

Then, the next Christmas, my Aunt Esther and Uncle Emil Kaiser came to visit. She told us about a group she belonged to in Kansas City called the Cooties of the Veterans of Foreign Wars. Uncle Eme had served in the U.S. Navy during World War I, and the Cooties were veterans who brought fun and entertainment to sick and wounded veterans in hospitals. Women formed Cootie auxiliaries and had just as much fun as their veteran husbands did. My Aunt Esther was always singing, laughing, and cracking jokes, so I knew she could make vets in hospitals happy. The group was called “Military Order of the Cootie” because it poked fun at the lice that tormented troops living in trenches during the war.

When I learned all this, I started thinking of "cooties" as neat people who had lots of fun!

And in the early 1940s, this is how an eight-year-old found out about nits and lice and cooties!