My Boyhood Christmas in Jefferson City

A fourth-century bishop by the name of Nicholas was known for giving gifts to people secretly. He was deemed a saint, and his death date, December 6, has ever since been known as his feast day, St. Nicholas Day, in Catholic and Orthodox churches. For centuries Christians gave gifts on December 6.

In the sixteenth century Martin Luther, the great reformer of the church, insisted on going back to holy scripture, and since St. Nicholas was not in the Bible, Luther said that the date of Christ’s birth should be used for the annual practice of gift giving. At that time, December 25 was the recognized date of Christ’s birth, so Christians in Germany shifted gift giving from St. Nicholas Day, December 6, to Christmas Day, December 25. 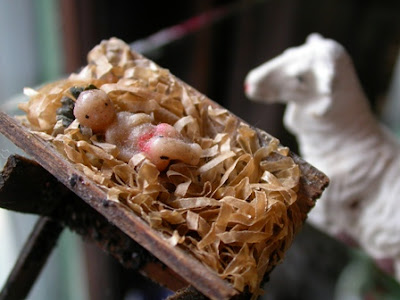 But not everyone agreed to this. Some German Christians followed Luther’s lead to use December 25, but others continued with December 6. Some families used both! St. Nicholas brought gifts to children on December 6, and the Christ Child (Christkind, later called Kris Kringle) brought gifts on December 25. My immigrant grandparents, of the German Evangelical Church in the Rhineland, were of this “double tradition.”

This oversimplified background is necessary to understand how Christmas came to a little five-year old boy in Jefferson City: By the 1930s in America, “St. Nicholas” had become Santa Claus, who came on Christmas Eve, and the guy who visited on December 6 was “Kris Kringle,” who still looked a lot like St. Nicholas.

On December 6 my brother and I used straight pins to hang our long socks on the beaverboard wall that enclosed our attic bedroom. We could have set our little shoes outside the bedroom door, but it didn’t take much experimentation to discover that our long winter socks stretched and could hold more than our little leather shoes.

So it was Kris Kringle who came during the night of December 6—but wait! He wasn’t alone! Accompanying him was mean ol’ Knecht Ruprecht. That was the only name we heard. Of course, we never saw these two characters. If we had been good boys, good Kris Kringle left hard candy and maybe an apple or orange in our socks, but we sure preferred the candy. If we had not been good, then that mean ol’ Knecht Ruprecht left us sticks, or maybe pieces of coal. 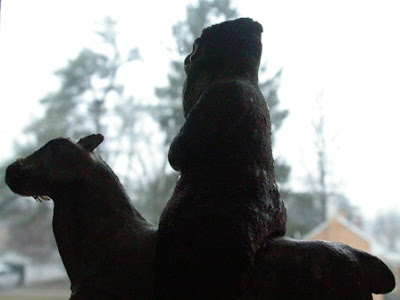 One December 6, we were shocked to find sticks in our socks! We didn’t know what we had done that was so bad, but it sure scared us. Maybe our aging grandparents, who lived with us, overheard us saying something bad, or maybe we hadn’t done our chores. Whatever the reason, those sticks did the trick, and we shaped up during the next couple of weeks before real Christmas. Parents, you see, used December 6 as a warning for kids to behave during those very busy days before Christmas.

When Christmas morning came, we had gifts galore. All of grandpa and grandma’s children (our aunts and uncles) and their children (our cousins) came to Jefferson City for Christmas. They all converged on our house on Christmas Day. Since my brother and I were the youngest grandchildren in this crowd (during 1938–1941 we ranged from 4 to 10), all those relatives gave us extra attention. 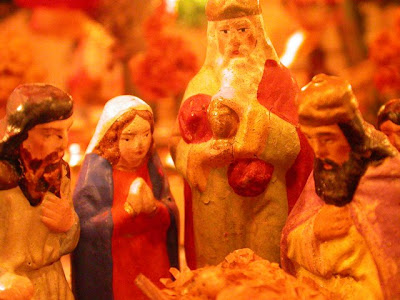 As the years went on, St. Nicholas Day, December 6, was dropped but not forgotten. At least, not by me. Each year, come December 6, I remember those sticks I got in 1939. The image of them in my socks hanging on the wall reminds me to shape up. It makes me think of the real meaning of Christmas and inspires me to give gifts to others.

Today, few remember December 6 as the original day for Christians to give gifts. Absolutely everything is now concentrated on December 25. Christmas celebrations and songs stop the next day, people take down their Christmas trees, and by New Year’s Day, most public traces of Christmas are long gone.

Yet another old tradition is to continue the Christmas season through the Twelve Days of Christmas, which begin on Christmas Day and end on January 6, Epiphany, when the Three Kings arrived bearing gifts (and you supposedly get twelve drummers drumming). Today, marketers would have you think that the Twelve Days comprise the final twelve shopping days before Christmas! Many European countries, however, still celebrate the arrival of the Wise Men on January 6.

Considering how few Americans observe the Twelve Days of Christmas, special congratulations are due to Jefferson City’s Central United Church of Christ, which has always kept its Christmas stars on its tall steeple shining until Epiphany, January 6! 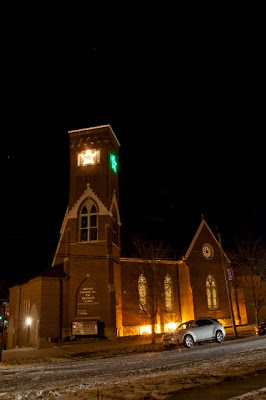 Merry Christmas from the Old Munichburg Association! Consider a gift membership for your loved ones this year. It’s non-cluttering, non-fattening, and gives both the giver and the recipient a warm feeling inside!