One thing we’ll remember about the summer of 2019 is the prolonged, extensive flooding along the Missouri River, its tributary Wear’s Creek, and other low areas in Jefferson City. Did you know that in 1844, a major flood allowed a Missouri River steamboat to float up the east branch of Wear’s Creek—whose course essentially ran along today’s 50/63 expressway—all the way to the 100 block of East Dunklin? The low backyard of Busch’s Florist is where the boat docked. 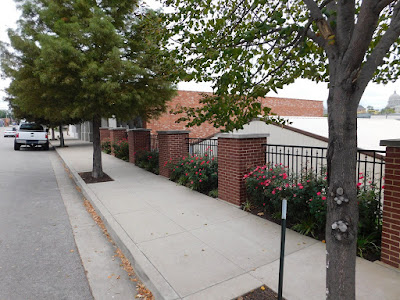 The watercraft, in this case, was a small, short steamboat—more like a river ferry, or a large steam-powered raft—not a monster like today’s “Delta Queen.” It was carrying German immigrants, including members of the Nieghorn and Hartenstein families, who were among the first Bavarians to farm in Cole County. After crossing the Atlantic, they had traveled on steamboats north from New Orleans on the Mississippi, then, on smaller craft, west on the Missouri. Boats were the best way to get to Jefferson City in its early years, since there were no railroads to town at that time.

The flood of 1844 was the Missouri River’s greatest flood ever in recorded history, by volume of water. The Great Flood of 1993 was actually somewhat less in volume, though it rose higher due to later channel engineering and levees. The 1844 flood, which occurred before the river had been contained, created 10-foot-high sand dunes in the Missouri River bottoms. The river channel changed its course in several places that year. River pilots navigated their steamboats over the tops of completely submerged trees and croplands in the river bottoms. Considering the floods of 1993 and 2019, it’s not hard to see how the backed-up water of Wear’s Creek, in a time before the Whitten Expressway, could allow a steamboat of German immigrants to navigate as far as where Busch’s Florist is today.

©Walter A. Schroeder, 2019, with information from Gary Schmutzler, a Nieghorn descendant

Posted by Julianna Schroeder at 3:52 PM